Dubai is a city that is a melting pot, attracting cultures from all corners of the world. It is no wonder that it can be tricky to discover and identify the food which is authentically Emirati. Since Dubai is very welcoming, attracting nationalities from all over the world, there are many dominating cuisines which sometimes overshadow the local Emirati cuisine. Protecting the nation’s recipes is a way of preserving its culture and recounting its history. Here’s a taste of what to expect from authentic Emirati cuisine.

The traditional food of the Emiratis uses a lot of meat, cereals and dairy. As you can imagine, vegetables are difficult to grow in the desert and as a result, are not strongly featured in the diet. Authentic cuisines are heavily influenced by the ancestors of a culture and since the Emirati ancestors were travellers, living in the desert in the more extreme weather conditions, in order to get the necessary energy to traverse across sand dunes over long periods of time, they needed carbohydrates to nourish and sustain them. For this reason, complex carbohydrates are a strong component of many of the traditional dishes. 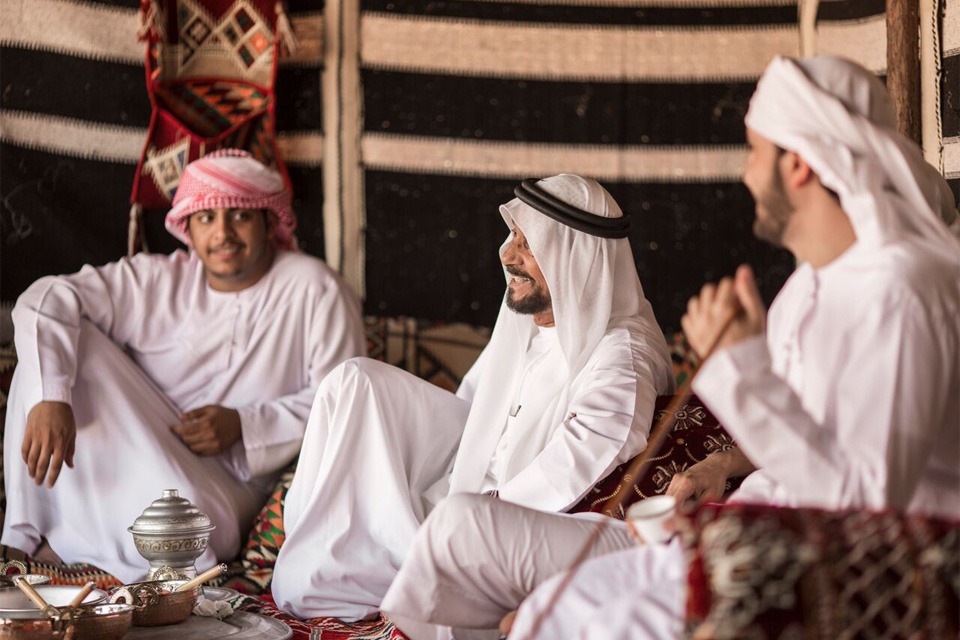 The dishes are usually like stews, as everything is often cooked in a single pot. This single pot influence is due to having a reduced number of dishes to wash which is important in a desert climate and for simplified food transportation. Meats traditionally used were chicken or small fowl, goats and lamb. Camel meat was usually used but more so for special occasions since camels were highly prized for their milk and as a mode of transport. 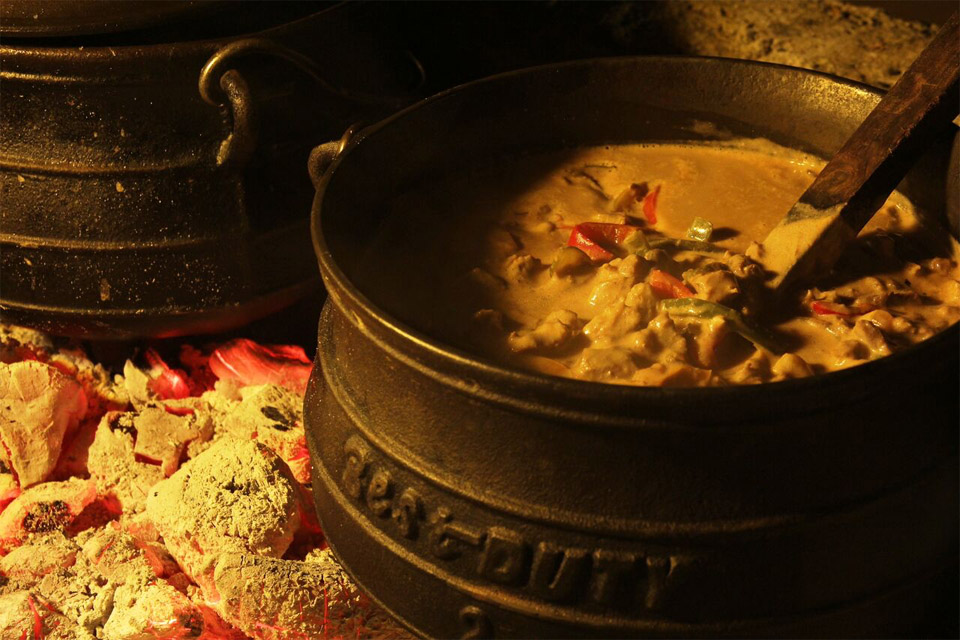 Saffron, cardamom, turmeric and thyme are the core spices used in Emirati cuisine. In the past, leaves from indigenous trees such as the Ghaff were used to stuff small birds, releasing their flavour during the cooking process. Ingredients like garlic cloves, peeled Loumi (dried Lime), salt and chopped coriander are used to enhance the spice combinations in dishes. 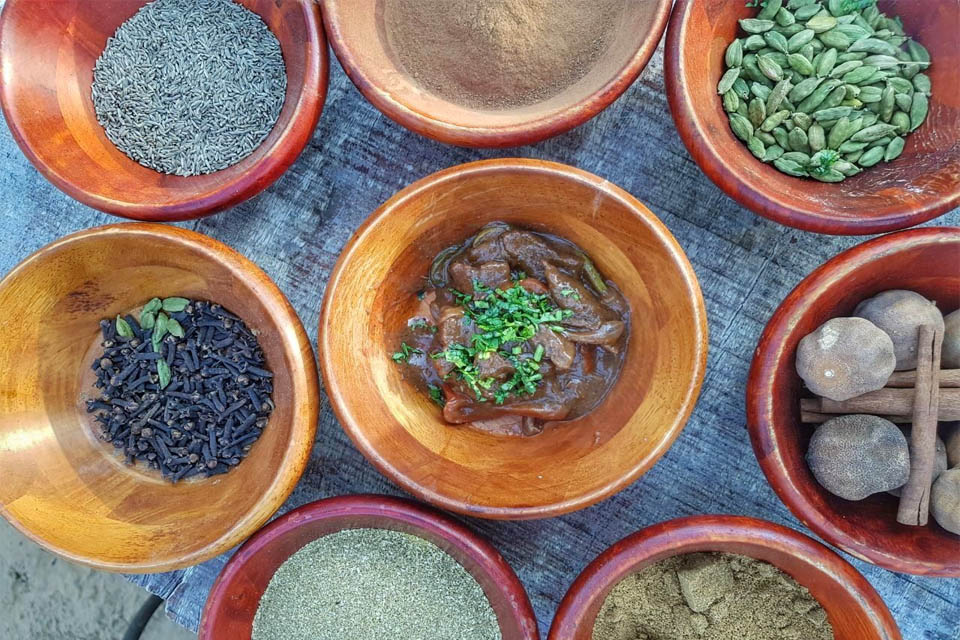 Although there are many delicious and unique dishes, our favourites are Harees, Chabab and Machboos. Harees is one of the most popular Emirati dishes and is commonly served on important occasions such as weddings and religious holidays. The preparation involves cooking meat in a pot with wheat and salt. The mixture is cooked until the meat and the wheat melt together and the combination thickens over hot coals. Chabab is the yellow Emirati pancake made with flour, eggs, sugar and spices like cardamon and saffron added for flavour. Machboos is like a stew served with rice and can be made with meat, chicken or fish. Whole spices like cardamon, cloves, cinnamon, dried lemon, yellow raisins and lentils are added for flavour.

For the sweet tooth

Traditionally, Emiratis serve sweet dates before or after meals. From a religious perspective, this custom is in homage to Muhammad, but it was also a great culinary decision. Most desserts have dates either as paste or syrup which gives the dish a light, natural sweetness. Luqeymat and Jazar Halwa are common Emirati desserts. Luqeymat are like balls of deep fried pastry covered in date syrup and Jazar Halwa’s main ingredients are condensed milk and pistachio nuts.

At its heart, Emirati cuisine is best home cooked so getting to taste these local dishes requires self-cooking, an invitation to someone’s home or an authentic Dubai food experience in the desert. Platinum Heritage is the only desert safari in Dubai serving authentic Emirati Cuisine. Come and try camel meat stew, Chicken Harees, Lamb Oozi and the delicious Luqeymat dessert on our evening Heritage desert safaris. For a traditional breakfast including Chabab, join our Bedouin Culture Safari.