Skip to content
Your safety is our priority. Learn more about our COVID-19 protocols 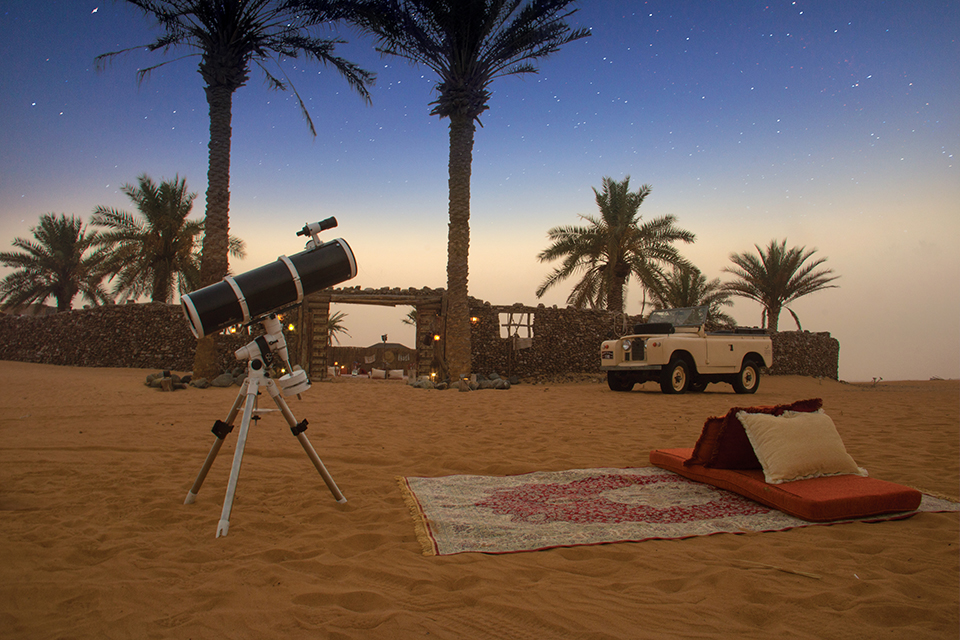 If you wanted to find your way during a stay in Dubai, you’d probably use landmarks to help you get there, or a smartphone to dictate directions. Even more convenient, you could just hail one of the many taxis or order an Uber. Chances are you could navigate almost anywhere in just a few minutes.

But what if you were traveling through the desert at night centuries ago? That sounds a bit trickier.

Thankfully, you can learn something from the Bedouin, who have relied on the stars and moon for navigation since ancient times. They used the stars as a way to mark events on the calendar, for story-telling, and most importantly, for navigation.

Here’s how you can look to the skies like the Bedouins to find your way:

Though stars seem fixed in place, they aren’t. They’re moving in their own separate orbits. Because of this, constellations are slowly changing.

Over time as these stars move, the constellations in our night sky will continue to shift as a result. However, given how far away this all is, it will take a long, long time for constellation changes to be visible in Dubai.

Although these changes are constantly happening, it takes so long for a star’s light to reach earth that any differences wouldn’t be visible for thousands of years. It happens over the span of many, many lifetimes, and isn’t noticeable enough for people to see in the short term.

So, as long as you’re coming to stargaze in Dubai within the next 50,000 years, you should be good just learning about the current constellations. You’ll be able to spot most of them during a desert adventure here.

Despite popular belief, the North Star isn’t the brightest star in the sky. What’s interesting about the North Star is that it’s actually only of medium brightness. Tell that to the next person you see.

What’s also interesting is that the axis of the Earth points almost directly at the North Star. At night, the North Star remains in basically that same spot as other stars rotate around it. That means locating Polaris, as it’s also known, gives you a clear idea of which way’s which.

To find the North Star quickly, take the following steps:

Once you’ve certain you’ve found the North Star, face it. What’s in front of you is north; what’s behind you is south. Stretch your arms out. Your right hand is pointing east; your left hand is pointing west. From there, you’re able to properly travel in any direction that you choose. This is how the ancient people navigated thousands of years ago, and the same technique can be used today.

Now that you know how to travel in the desert at night like the Bedouin, the only thing that’s left to do is test your skills for real on a Night Safari with Astronomy!